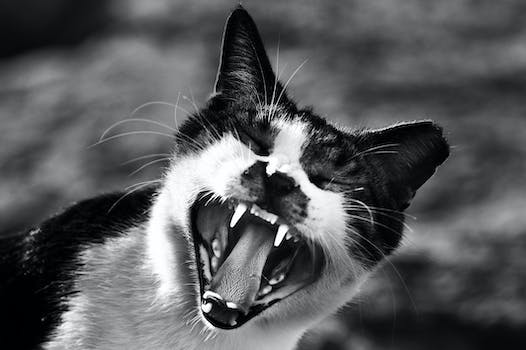 As a kid, I was deeply affected by the story of Cinderella and whenever someone in the family asked who your favorite is, I would proudly declare her name. I wanted to wear apparel like Cinderella and wished to have fairy as a friend. When somebody asked why I enjoy her so much, I’d say because she is beautiful, truthful and kind. She always helps others and does good things to even people who are bad. She says “No”.

As children, we learned that saying no was impolite or improper. We grow up watching movies or family examples where seniors talk in front of us that people who say no are poor. Frequently “kindness” is correlated with saying “yes” but the truth is these are two different things. According to psychologist Dr Susan Newman, author of “The Book of No” the challenge is more in women than men. In the words of Dr. Newman, “Girls have been raised to be care givers and nurturers, and which is why the issue is more prevalent for women than men”, however in my opinion the issue is not gender specific and it is both in men and women. For some people this becomes a habit, or even an addiction.

For Love- It is proven fact that human beings are emotional and all of us want love and affection. This is one of the most crucial reasons that lead some of us to say yes because we think saying No will draw people besides us and we won’t be loved as much. The notion of rejection is painful and sometimes just from uncertainty, some of us say yes despite the fact that we want to say no in our heart.
For showing kindness- We’ve seen this in the movies that great people are always kind and giving, and bad people are always unkind.They always say no to everybody. Saying No is often related to rudeness and hence we choose to be kind rather than being impolite.
For uncertainty of future- We often take wrong jobs and stay with those who take us for granted just because we create a comfort zone around those familiar people and jobs. As humans, we sense danger in the unknown locations and therefore keep giving ourselves false excuses; to stay in those wrong jobs and with wrong people and keep saying yes to the things that make us unhappy. Hence, some of us as adults, find it hard to say no to older people and to the supervisors at work place.
The cycle that starts in our childhood keeps going and we are trapped to the extent that we begin feeling guilty whenever we say no to people. In the majority of the cases it’s just an over hyped situation that we build in our minds. In a few other cases however, things get weird following people, who are habitual of listening yes from us suddenly start getting no. They start feeling that we have turned arrogant and some even feel helpless. Sometimes we end up feeling lonely because of the sudden troubles we face in our close relationships. The same thing happens in the office where our colleagues and managers do not expect us to say no.
Regardless of all these impacts, in my opinion saying no is much better than saying yes for most of the things because of the following reasons-

It provides you the chance to be true to yourself- Saying No to things that makes you unhappy saves your energy and time for doing other productive stuffs. It gives you the time to become really involved in the things that you truly enjoy doing.
Great for mental health- There is nothing worse than saying yes for something you don’t wish to do. From my personal experience, it brings a lot of frustration and unnecessary stress. Saying No without feeling guilty can help you feel relaxed and you can perform your regular with greater focus and positive energy.
It gives you the confidence to demand what you think you deserve- Learning to say No gives boost to your confidence level and helps you to demand for the things you actually deserve, whether it’s respect in personal relationships, higher pay or increased responsibilities at work.
It helps you understand who your true well wishers are- People who stick to you for getting favor of some sort won’t stay with you once they learn that you are capable of saying No to them. Hence, it’s also a fantastic technique to understand who all your real wishers are.
Saying No is extremely tough for people that have the habit of saying yes. Some suggestions derived from my personal experiences to tackle this issue-
Understand that saying no does not makes you a bad person- As adults, it’s our decision whether to say yes or no for something. Letting go off the childhood preaching and saying no with confidence doesn’t makes you a bad person.
Take some time before you say yes- Every time someone asks you to do something, don’t say yes immediately, rather take some time (a day or two), and think whether you actually want to do it. After contemplating, politely accept or deny the petition.
Do not forget that your self-worth doesn’t depend on what others think of you- Your self-worth is what you recognize and it shouldn’t be subject to opinion of other people. You do not have to please everybody you know. Understand that you’re better than that and certainly worth much more.
It’s a good thing to be considerate, Merritt Island Squirrel Removal, generous and helping. A person can be kind and in the same time set his/her boundaries. It’s important not to lose ourselves and our self-respect on the way to becoming compassionate and saying yes. It’s quite easy to say yes”.